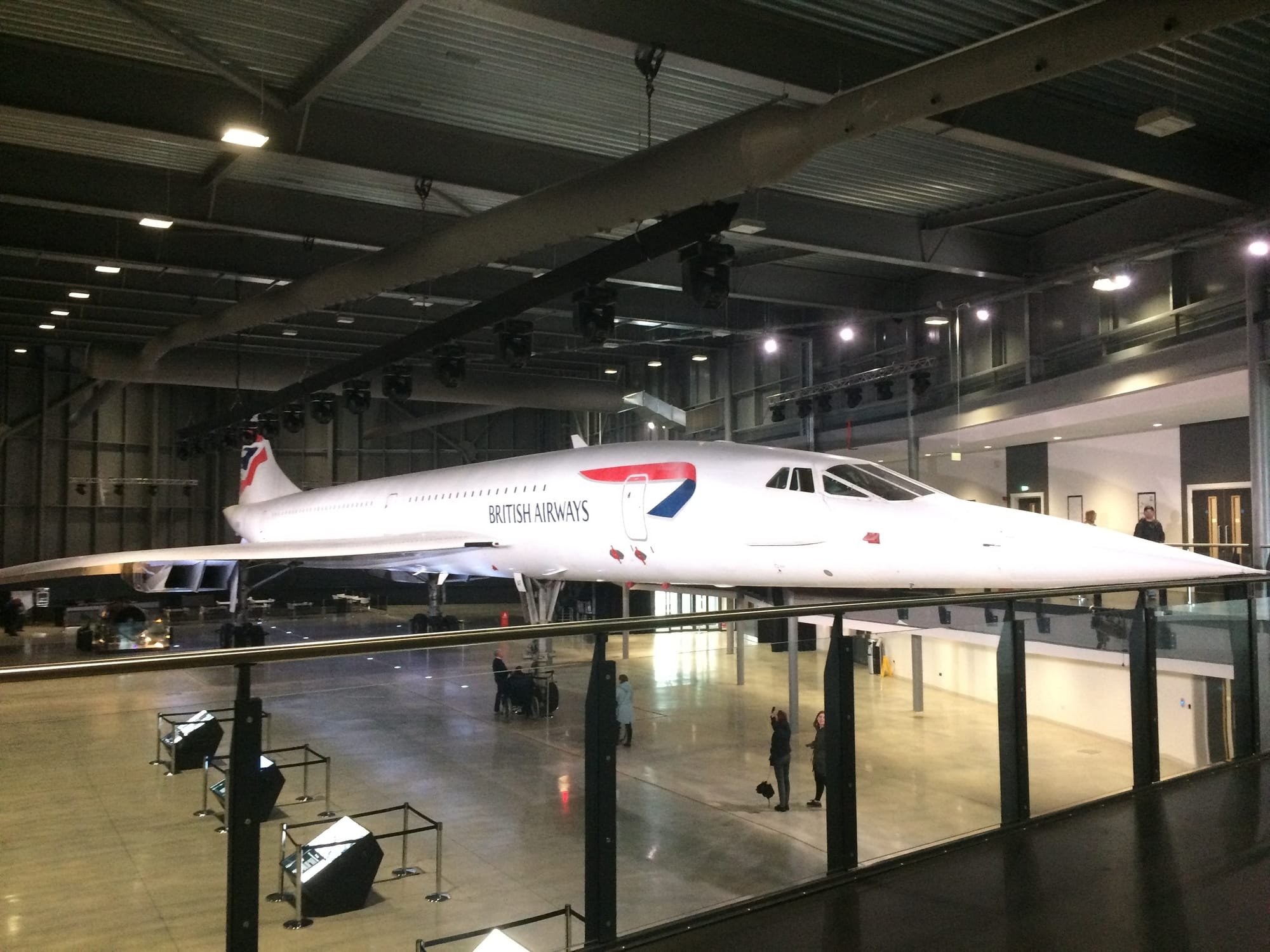 Concorde Alpha Foxtrot flew  into Filton Bristol in November 2003. She was the last Concorde ever to fly.

Concorde's new home at Filton houses this iconic aircraft in its own state of the art facility on the previous Filton airfield site.

Other exhibits include  the Sea Harrier jet fighter, which was a vertical take off aircraft, the Bristol Type 192 Belvedere helicopter, the Britannia aircraft, satelites, early bi-planes, ground to air missile systems and much more.

There is also whole areas dedicated to telling the story of  Filton's history from the  British and colonial Aircraft company, the British Aerospace Corporation through to its current position.