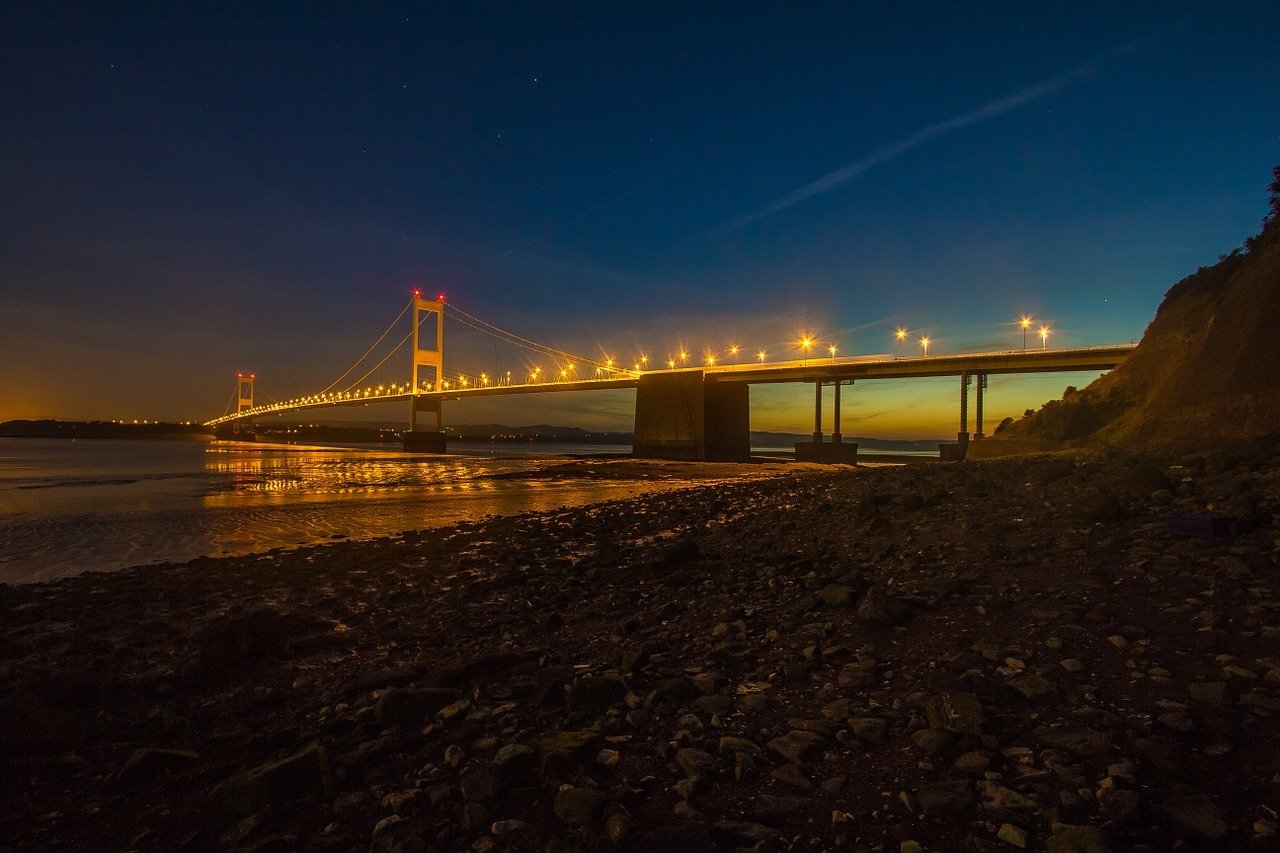 The Severn Bridge was opened  in 1966 by Queen Elizabeth II and spans the Severn between England an Wales.

Its lightweight design was innovative in its time, gaining much accolade across the world.

The bridge was dedicated to peace as part of the Sri Chinmoy Peace-Blossoms programme in 1991.

The Bridge can also be walked or cycled on its entire length to Monmouthshire, and makes a really good day out for those who wish to visit Chepstow.

In 2018, all bridge tolls were scrapped, and so a trip over to lovely Chepstow cost nothing but petrol money now.

For the technically minded, this is a 'cable stayed bridge', unlike the Severn Bridge, which is a suspension bridge.

A cabled structure secured to towers hold the bridge deck forming a fan like pattern.

The road across the bridge is larger than the Severn Bridge, but has no cycle way and a reduced hard shoulder.